1937 CHRYSLER CW AIRFLOW “MAJOR BOWES”
In April of 1934, the Major Bowes Amateur Hour debuted on WHN radio in New York City. “Major” Edward Bowes, who created and hosted the show, was a former vaudeville actor and the managing director of New York’s lavish Capitol Theater. Through his multiple business partnerships, Bowes was also the manager of WHN radio, providing him the ideal venue to launch his new radio program. While the “average American” talent contest wasn’t a new concept, Bowes set his show apart from similar programs through the ingenious use of a telephone voting system where listeners could phone in their pick for the winner. The show was an overnight hit, and within a year, Bowes signed with NBC to broadcast his show across America, as part of the Chase and Sandborn Coffee radio hour. He gained nationwide stardom, and soon switched to CBS Radio Network, picking up significant sponsorship from Chrysler Corporation. Many great talents graced the stage of the Major Bowes Amateur Hour, including a singing quartet called The Hoboken Four, led by an up-and-coming Frank Sinatra.

In addition to his weekly radio program, Bowes oversaw a traveling troupe of his best performers, who played live shows around the country. While it was not a glamorous life for the performers, the shows made Major Bowes a very wealthy man, and he oversaw his entertainment empire right up to his death in 1946. Even after Bowes’ death the show continued, successfully transitioning to television with Ted Mack as host, and surviving on both radio and TV until the 1970s! Major Bowes may not be a well-known name today, but his legacy shines brightly in the enormous popularity of talent shows today.

Through his close business relationship chief sponsor Chrysler Corporation, Major Bowes received this extraordinary, custom-built 1937 CW Imperial Airflow as a thank you for his services. Chrysler did not offer the long-wheelbase CW Imperial as a production model in 1937, yet they made three exceptions for their most important clients. Using 1936 components updated with 1937 bumpers, grilles, and trim, Chrysler and LeBaron custom-built three examples of the massive CW Imperial Airflow. The first was built for chocolate magnates the Hershey Family of Pennsylvania, a second for Philippines President Manuel L. Querzon, and the third for Major Bowes. Each one was individually crafted with unique touches to suit the wishes of the owner. Today, just two remain, the Querzon car still in the hands of the Philippines government, and this Major Bowes car.

With its revolutionary streamlined design, the eight-cylinder CW Imperial was unlike any other luxury automobile of its day. A 1937 Chrysler Corporation press release touted it as “The world’s most luxurious motor car” and Look Magazine featured it as “Major Bowes $25,000 car!” Built on an enormous 146-inch wheelbase chassis, the CW is a grand and imposing machine; a car with the stature to reflect its famous owner. Unique touches to the styling include skirted rear fenders which enhance the Airflow’s wind-tunnel derived shape, blanked out rear quarter windows, and special “Custom Built by LeBaron” badging on the fenders. The legendary coachbuilder’s contribution becomes more apparent when you open the rear door, revealing the stunningly elaborate passenger compartment.

Chrysler built this car to be a rolling billboard, sparing no expense on its construction. The interior was trimmed in the finest two-tone Laidlaw wool broadcloth, and exquisite details include hand-carved “Sock and Buskin” mask motifs in pure jade, inlaid in the door panels with lighting and trim resembling an Art Deco theater. LeBaron contracted with Dirigold to produce the bespoke non-tarnishing gold-colored fittings and trim featured throughout the rear compartment. The Major was undoubtedly a busy man while on tour, and his limousine was appointed like a mobile office. The central armrest opened to reveal a small writing desk, and his secretary could ride in the swiveling jump seat to take notes. The rear window is louvered and the quarterlights are blanked out for maximum privacy. When it came time to relax, the fabulously ornate central division housed a full bar with lavish Dirigold and sterling silver drinkware, two humidors, a radio, and more. The drinks bottles, drinkware, and gentleman’s grooming kit (complete with plug-in electric razor) all remain with the car. Other fascinating details include a hollow footrest designed to house a walking stick and umbrella. Naturally there’s a powered glass partition, along with inset Jaeger clock, a compass, and a barometer.

According to records, the car returned to Chrysler in 1941. It was allegedly repainted black and put into wartime service in 1942, used by Admiral Chester Nimitz as a staff car. After the war, it was used by a limousine service in San Diego, before ending up on a used car lot in the late 1960s. Airflow club member Johnny McLean discovered it there in 1967, and through his research, confirmed its identity as the Major Bowes car. He began the restoration, but passed away before seeing it to fruition. His widow passed the torch to Frank Kleptz in 1979, who completed it with spectacular results.

Now returned to the correct shade of Brewster green, the mighty Imperial Airflow still impresses. It presents in lovely order, with a rich character and slight careworn patina to the matured restoration. Despite an extended period of storage, the paint and brightwork remain quite attractive with good straight panels and all of the unique trim parts intact. Approaching the car, you are struck by its sheer scale and its superlative build quality. Chrysler obviously took the time to craft this machine to a high standard, with little regard to cost. Quite remarkably, many of the original interior details and accessories remain with the car. Powering the beast is a period-correct 384.4 cubic-inch L-head inline eight, painstakingly sourced by Kleptz during the restoration. Rated for 150 horsepower, the big eight is renowned for its strength and durability with superlative refinement. Due to the extended period in storage, some recommissioning will be necessary.

This superlative CW Imperial Airflow Limousine served as a dramatic statement for both Chrysler’s bold, innovative Airflow design, and for Major Bowes’ status as one of America’s most revered entertainment moguls. We are honored to offer this fascinating, one-of-a-kind historic motorcar to the public for the first time in over four decades. 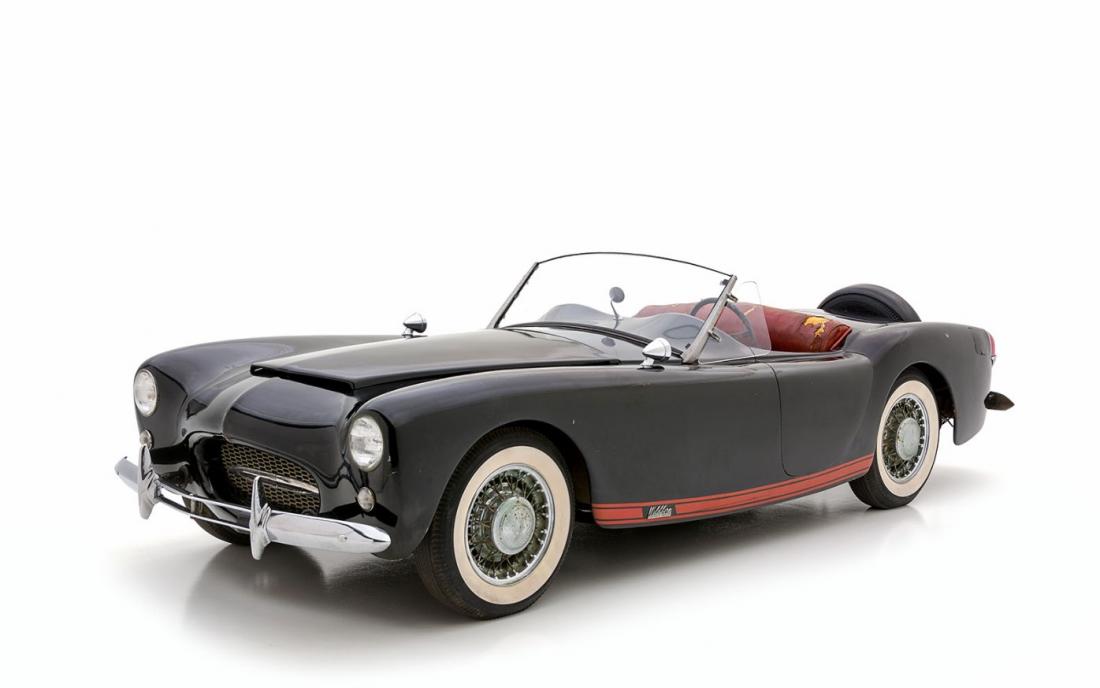 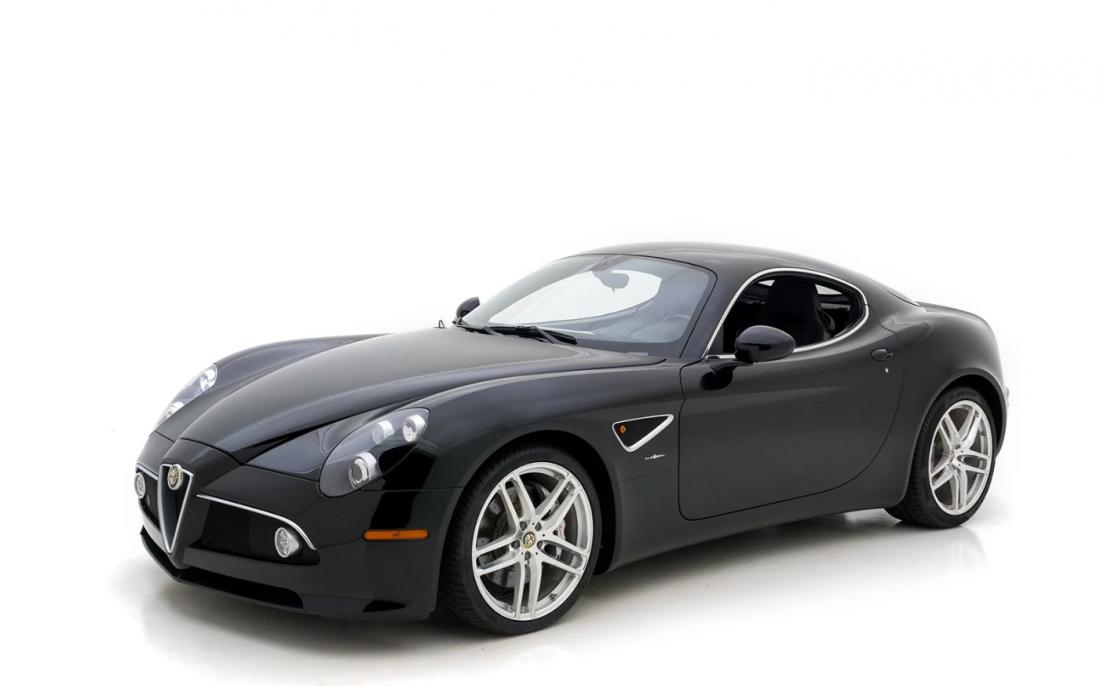 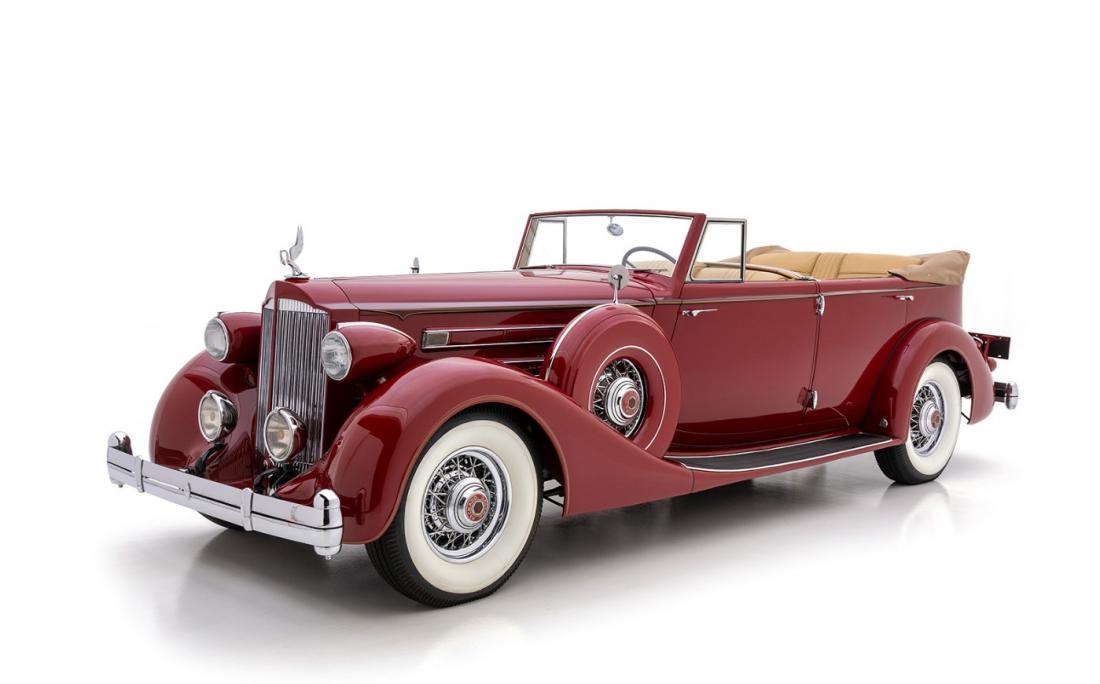 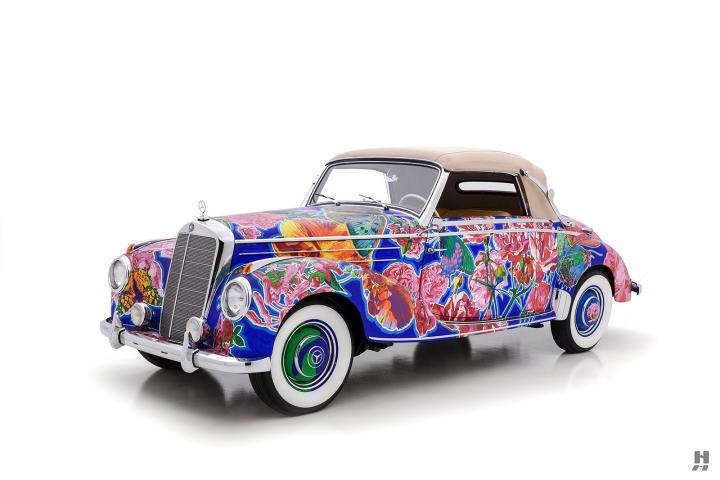